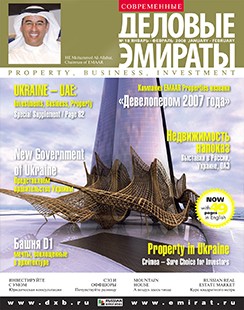 The return of Yulia Tymoshenko to the post of the Prime minister made a favourable impact on the Ukrainian stock market. To all appearances, the appointment of the Ukrainian “Iron Lady” to the high state position and the end of a long-drawn political confrontation will have positive influence on the market. Moreover, the formation of a new government from the members of democratic coalition will be a positive signal for foreign investors whose funds constitute more than 80% of the open securities market of Ukraine.

This factor, together with the growing attractiveness of the emerging markets segment for investment capital will boost the market’s positive dynamics, at minimum, in December 2007 and first quarter of 2008. The investors will be able to more clearly plan their activities in Ukraine and take decisions on investing in one or other kind of security thereby greatly reducing their dependence on the political impact upon economy.

The latest statistical information also testifies the positive changes. Regardless of the fact the market had not reacted in the first hours after successful voting in the Verkhovna Rada (Parliament of Ukraine), towards the end of the trade session of Tuesday, the positive trend became more than noticeable. At the end of trades, PFTS index (PFTS – this Ukrainian abbreviation means “First Stock Trade System”; the PFTS Stock Exchange is the larger of Ukraine's two main stock exchanges) has risen by 0,81% (or 9,08 points) to the mark 1133,66 points. The aggregate transactions volume reached UAH 186,9 million. It should be noted that starting from the beginning of 2007, the PFTS index has already grown by 122,03%, including in December – by 2,28%. The most tangible growth on Tuesday among the top securities (blue chips) demonstrated shares of “Ukrtelecom” (UTEL) (+1,65%), “Interpipe Nizhnedneprovski tube-rolling mill” (NITR) (+2,46%), Mariupol metallurgical works “Ilyich” (MMKI) (+1,53%), Sumy machine-building amalgamation “Frunze” (SMASH) (+1,92%). Also should be noted the rise of shares of “Yuzhny ore mining and processing enterprise” (PGZK) – by 7,82% and Donetsk metallurgical works (DOMZ) – by 5,71%. In the future, one should expect some activation of securities’ quotations of companies which are close to the representatives of democratic coalition and an adjustment of the course of securities associated with the “opposite camp”.

Whatever the case, the activities from the part of investors, in shortterm and medium-term outlook, will become more active and a new growth of the PFTS Index may be expected after New Year festivities. The situation at the market will depend, to a considerable degree, on the new economic policy conducted by the new government and also on formation of constructive relations with Russia.

The indices of global stock markets continue to decrease, after brief growth related to the change of the basic interest rate of Federal Reserve System of the USA. The experts attribute this trend to the publication of a number of analytical reports of international financial and economical organizations which forecast the rise of apparent losses arising from the subprime crisis in the USA. The investors get also more pessimistic due to the soaring oil prices and forecasts predicting deceleration of the US economy in 2008.

Meanwhile, the Ukrainian stock market remains attractive for foreign investors due to high yields that could be extracted from several sectors of domestic economy. The Ukrainian economy receives a significant boost from rising prices for metals and agrarian products thereby stimulating investors to enter the local stock markets.

When speaking on institutional or portfolio investors, it should be stressed they are coming to Ukraine in order, first of all, to buy an existing business or, alternatively, they create it on the basis of basic licenses or buy securities of insurance companies anticipating profits from the company’s growth. In doing so, the most important thing for an institutional or portfolio investor is not to make a mistake as to the target of the company; it should demonstrate higher growth rates than those of the market itself.

The arrival of strategic investors to Ukraine is greatly motivated by sufficiently liberal legislation with respects to inflows of foreign capitals, in contrast to the Russian or Belarusian legislation. Thus, the Ukrainian law “On Insurance” of 2001 had considerably liberalized the domestic legislation in the part regulating mergers and acquisitions of Ukrainian companies, thereby stimulating the arrival to the Ukrainian insurance market of the Russian and international insurances and portfolio investors. The legislation in force allows foreign companies to set up in Ukraine 100% foreign affiliates. According to Mr. F. Bayramov, an analyst with “Renaissance Investment Management”, the foreign investors will generally show keen interest, in the near future, in securities of the companies from four key sectors of the Ukrainian economy.

Secondly, these are consumer goods and the agrarian sector. The production of foodstuffs has risen by 12% in 10 months on the same period of the year 2006. Irrespective of a decline in agricultural production, the prices for these products continue to grow resulting in strong financial indices of this branch.

The third economy sector which remains attractive for investors is construction. The construction volume in Ukraine has risen by 14% during 10 months of 2007, compared with the same period of the preceding year. Notwithstanding this fact, the volumes of residential areas and commercial property per capita in Ukraine are far behind those in the countries of Eastern and Central Europe.

And finally, the fourth sector is securities with high growth potential – these are the shares of insurance companies. Regardless of the fact the slowdown is expected in the banking sector starting from 2009, the insurance branch seem to have high growth potential. The aggregate volume of real (without financial schemes) insurance premiums in Ukraine has reached some $900 million which is only 0,8% of the country’s GDP, whereas in developing countries this index was on the average 3,6 %.

In the World Bank rating of countries with the most favorable business environment, Ukraine ranks on the 139th place.

The volume of foreign direct investments (FDI) into Ukraine in the year 2007 may reach $8,3 billion. This evaluation was made without taking into account the purchase of “Ukrsotsbank” by the international banking group UniCredit. If the deal will be completed in 2007, the volume of FDI may exceed $10 billion. In accordance with the experts’ forecasts, the volume of FDI in 2007 may amount to more than 8% of GDP. At the same time, it is being predicted the nominal GDP of Ukraine in 2007 may exceed $133 billion and in 2008 – $165 billion.

According to experts, the principal part of investments is being channeled into banking sector, metallurgy and real estate. Reference: the overall volume of foreign direct investments into Ukrainian economy (taking into account losses, revaluations and course difference) amounted in January-September 2007 to $5238,8 million, which is by 70,5% more than during the same period of the preceding year. The diminution of political uncertainty leads to the activation of investors who at present may more soundly take this or that decision as it is much easier now to foresee the company’s prospects for the year 2008. Among the Ukrainian regions, Kiev is the most attractive destination for foreign capital. 95% of all the investments into Kiev are channeled to the commercial real estate sector.

In accordance with the information of Kiev city state administration, significant part of foreign investments goes to the construction of office centers and trade and entertainment centres. On the second place, in terms of the attractiveness for foreign investors, are hotels, on the third place – construction and operation of warehouses. Very active in the last time are investors from Holland, Cyprus, Russia, Austria, Estonia, Germany. In particular, during 9 months of 2007, the foreign investments into the metropolis of Ukraine amounted to UAH 2,3 billion which is by 54,6 % more than in the same period of the preceding year.

The activities of the city authorities will be directed, in the years 2008-2009, to improving the investment attractiveness of Kiev, constructing entities of residential and commercial real estate (offices, hotels, residential houses, trade and entertainment centres, public catering establishments etc.).

In the first half of the year 2007, Kiev has attracted nearly $1,6 billion of foreign investments. The most attractive spheres for investors are transportation and communications ($195 million), construction ($67 million), wholesale trade ($43,3 million).